As a lawful permanent resident of the United States, your green card is probably the most valuable document you possess. It gives you the freedom to live and work in the United States permanently and allows you to travel in and out of the country without any restrictions.

However, there are situations where you may have to leave the United States for an extended period. It could be because of work or studies abroad, personal travel plans, or family emergencies. When these situations arise, it is crucial to maintain your permanent resident status throughout your absence, as well as to ensure that you do not fall out of compliance with any immigration rules and regulations.

It is important to understand that a green card becomes invalid if you remain outside the U.S. for more than one year without a reentry permit. So, if you anticipate being outside of the country for an extended period, you should file for and obtain a reentry permit ahead of time. By doing so, you will be able to maintain your status during your absence and ensure that you will be able to return to the U.S. without any issues or complications with Customs and Border Protection (CBP).

What is a Reentry Permit?

A reentry permit must be filed no less than 60 days before your departure and is valid for two years from the date it is approved. It means that you have to plan in advance and file for your reentry permit months before you leave the country.

Applying for a Reentry Permit

The process of applying for a reentry permit begins with filing Form I-131, Application for Travel Document. You need to be physically present in the United States to file this form, and you will need to pay a filing fee of $575 when submitting your application. If you are between the ages of 14 and 79, you must also submit a biometric services fee of around $85 as part of your application.

You can leave the country while your application is being processed, but only after you have completed your biometric appointment. You can indicate on your Form I-131 that you would like to request the USCIS to send your reentry permit to a U.S. Embassy or Consulate abroad, and pick up your document once it is ready.

It is worth mentioning that reentry permits cannot be extended. Once your reentry permit expires, you will need to file a new application and pay the necessary fees again.

Returning to the United States with a Reentry Permit

If you have a valid reentry permit and your permanent resident status has not been terminated, a CBP officer should admit you as a returning lawful permanent resident. However, if there is any reason to suspect that the original terms of your admission have been violated in some way – such as if it appears that you were attempting to establish residency in another country – you could be denied entry and the reentry permit will not help.

Green card holders are facing increased scrutiny at U.S ports of entry, so it is important to remain calm and avoid engaging in any behavior that could be interpreted as suspicious or aggressive. If you are not sure what exactly to do upon returning from a trip abroad – such as whether your reentry permit will allow you back into the United States – do not hesitate to reach out to an expert immigration attorney.

Permanent residency doesn’t come easy, but it can be taken away just as easily. To ensure that you don’t lose your status as a lawful permanent resident, it’s important to understand what you need to do and the processes involved before leaving the United States.

If you have any questions about reentry permits, permanent residency, or other immigration matters, look no further than Isa Law. We are a top-rated immigration law firm in Miami, FL, with extensive experience in all areas of immigration law. You may contact our office at (305) 938-067 to schedule a free initial consultation today.

Get A Free Estimate 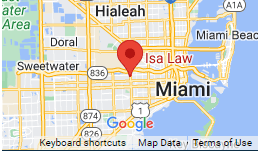